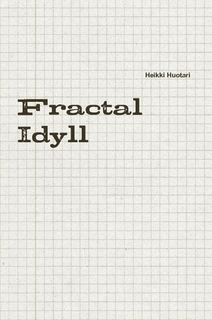 What use is balance without opposition? This is the question central to Fractal Idyll, wherein Heikki Huotari creates beautifully simplistic, at-times disorienting, though ultimately fulfilling bites of prose poetry. Each is a type of straw house built on shifting sand. A disyllabic heart lives in each. The poems shift, sway, and carry the reader through a mesmerizing landscape of language and purpose.

Proceeds from this book will support Planned Parenthood.

Heikki Huotari’s Fractal Idyll guides the reader through this triptych-situated imagery of consciousness with an earthly intelligence of life now, life then, life because 3–4 emergent within the relevant geometries, partly random then equivalent. The natural scientific voice of these poems is hermetic in allusions where we may error as didactic //White    light incorporates all colors, white paint admits none// turned purposive seeker in alchemical hints. You must read this collection in sequence for complete inhalation of the final poem: a breath robbing savasana.

~Robin Throne, poet and author of The CUBE and other flashlings

In a past century, Heikki Huotari attended a one-room country school and spent summers on a forest-fire lookout tower. As a conscientious objector to the war in Vietnam, he was legally prosecuted for refusing to eat. Later, as a math professor, he contributed to the literature of metric geometry. In retirement since 2012, he lives in San Rafael CA. His chapbook, Electrical And Spherical And Musical And Necessary, won the Gambling The Aisle prize in 2016. 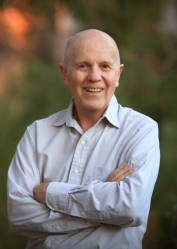