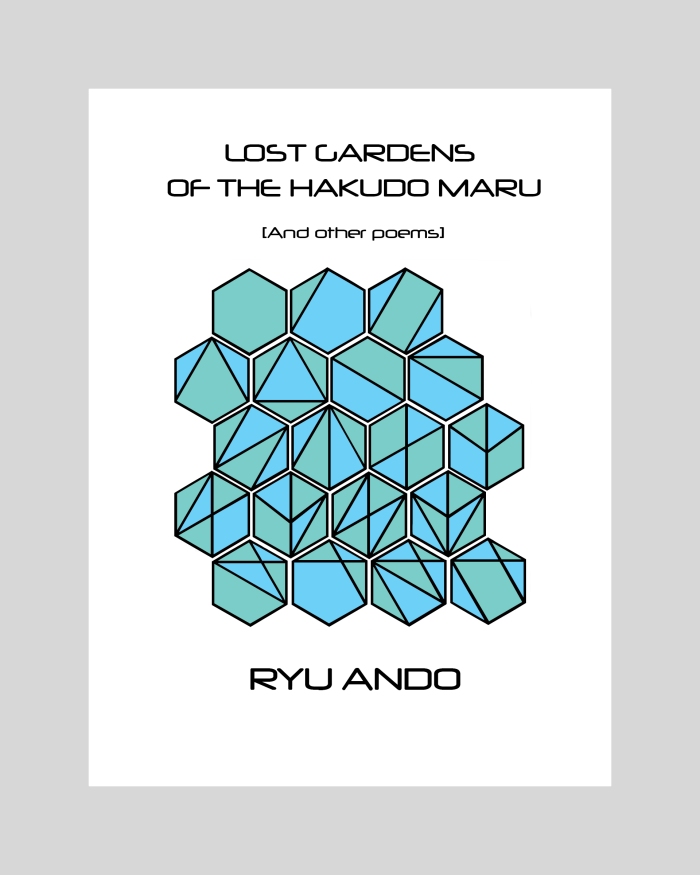 Lost Gardens of the Hakudo Maru is a veritable journey through the netherworld of existential consciousness, laced in equal measure with hard-hitting reality. Primarily speculative in nature (though hard to pin down definitively), the poems focus on issues of quantum theory; alien contact (and the impossibility of truly understanding something non-human); technophobia/technophilia; Japanese literature, culture & myth (specifically the myth of Hakudo Maru); mathematics; literary Modernism and the avant garde and whatever else Ando’s talented pen could think up.

Reviews and Praise for the book:

This book has been nominated for the Elgin Award.

Two poems in this collection have previously received external recognition. The poem “Dark Lotus, Black Noise” was nominated for both the 2015 Pushcart Prize and the 2016 Best of the Net award; “Season of the Ginzakura” received a nomination for the Science Fiction Poetry Association’s (SFPA) 2016 Rhysling Award, and was voted by Strange Horizons readers as one of its best poems of 2015.

About the Author: Ryu Ando (b. 1971) has been writing in various genres since his early 20s, but was unpublished until recently. Since 2013, his writing has appeared in a number of speculative fiction and poetry journals and has received nominations for the Rhysling Award, the Pushcart Prize, and Best Small Fictions. Though Saitama, Japan is home in heart, mind and spirit (if not body), he currently lives in Los Angeles, California with his wife and daughter. Previously he was a teacher, a photographer, and a security guard at a sock factory. He now works as an academic librarian specializing in digital libraries. This is his first collection of poetry.

2 thoughts on “Lost Gardens of the Hakudo Maru”