The Pony Governor by Darren C. Demaree The Pony Governor is a series of politically charged poems that challenge shallow leadership and attack the abuse of power at the hands of those in charge. While at times aggressive, and with a penchant for not holding punches, the collection nonetheless remains fair, aimed at engagement, redemption, and restoration from brokenness. Demaree addresses issues relevant to all readers attempting to find their way in the labyrinth of modern politics. He maps emotion through the various milieus people find themselves inhabiting under leadership gone bad. Despite the pain and struggle the poems often exhibit, they offer hope for a future free of exploitation, free of underhandedness, free of deception. These poems whisper and shout and ache and quiver. In the end, they stand accusatory and fearless.

Check out a recorded reading of the opening sequence here!

“Each of these poems gave me that feeling I like to experience when I read poetry, a feeling of having been touched by some invisible force that moves me and changes me on some level.” –Unbroken Journal

“…strikes an all too familiar call to arms that poets must always continue to signal if we are to survive with our hearts intact.” –Olentangy Review

“Once I awoke to Darren Demaree doing chin-ups on a shaky swingset in my backyard on a hot Texas morning; this was after his hands had placed pastries and coffee on the counter to welcome me to the day. These short lyrics are etched out with a similar conviction, equal parts precise, sturdy, and thoughtful. With an eye against the toughest grinds, both the personal and the political, Demaree paints this scrappy / scraping portrait of The Pony Governor. I get the sense he’s not fibbing one bit posturing, ‘I think he is a self-regarding translation of the animal.’ And thanks to these mythical poems that reach straight to my Midwestern core, I’m beginning to notice my own fur matted and coarse, this growl I keep making.” — Tyler Gobble, author of “MORE WRECK MORE WRECK”

“The Pony Governor overflows with music and intelligence; imbuing both with facts and wonder. Darren C. Demaree is partly rhapsodist, partly mourner, and his work is a deep, engaging quest for the secret meaning of things, the worlds inside us, the moving landscape beneath. The numbered poems turn toward every available form of light- emotional, physical, political, scientific- in narratives both interior and objective. I am honored and proud to recommend this high-spirited and grand collection.” — Robert Vaughan, author of Addicts & Basements

“I sing to rattle the dirt/ around the feet of those I love,” proclaims Darren Demaree in his new collection of poems, The Pony Governor. This poet wants to unbury corrupt power, to call his neighbors and friends to action. In these poems, Demaree howls, tramples, and interrogates the dangerous political agenda that threatens to limit women’s rights (and all of our rights). But these are not poems of victimization. Rather, Demaree calls for a dismantling of rhetoric and performance, and wants to remind us of the horse race that politics is. Most importantly, these are poems of passion and fierce loyalty to those we care about. This book warns those who want to speak for us, “This is our swollen heart./ Watch your mouth.” — Hannah Stephenson, author of “In the Kettle, the Shriek”

About the Author: Darren C. Demaree is from Mount Vernon, Ohio. He is a graduate of The College of Wooster and Miami University. He is the recipient of five Pushcart Prize nominations. Outside of his own poetry, Darren is the founding editor of AltOhio and Ovenbird Poetry, as well the Managing Editor of the Best of the Net Anthology. Currently, he is living and writing in Columbus, Ohio, with his wife and children. The Pony Governor is his third collection of poetry. 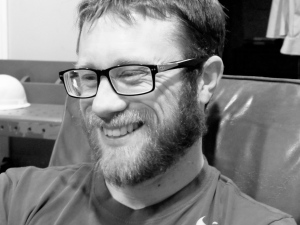 Note:  All proceeds from the sale of this book support Ohio Alliance for Arts Education.

4 thoughts on “The Pony Governor”